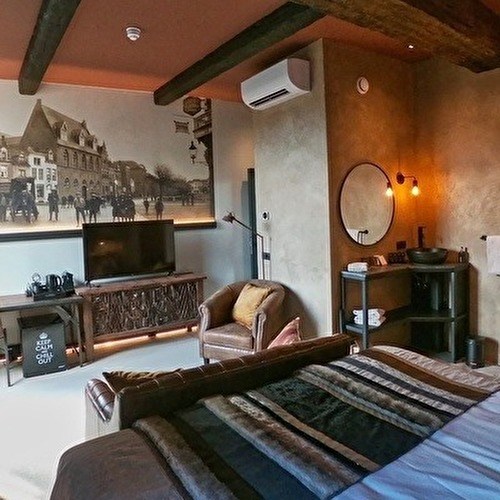 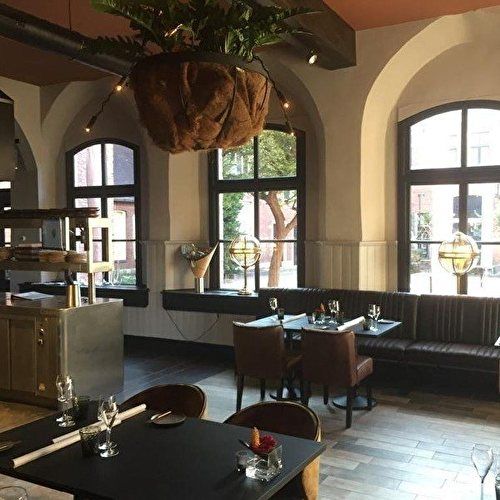 The ambitions that owner Anton de Lange had for his boutique hotel in the Broederenklooster were not small. But those ambitions were never at the expense of history. "the History was the most important aspect in the construction process. We were not going to remove a wall from 1390 Just to realise a larger Grand Cafe, so we simply adjusted the plans”. Said de Lange

The restoration of the Broederenklooster was one of windfalls and setbacks. Perhaps the best windfall: the monastery still houses the original 13th century count's hall of Reinoud I, Count of Zutphen and Gelre. The hall is comparable to the oldest hall in the courtyard in The Hague, located behind the Ridderzaal, the so-called Rolzaal. Reinoud then started work on a new count's hall, which strongly resembled the Ridderzaal that his cousin Floris V, Count of Holland, was building in The Hague. The Ridderzaal of Reinoud I was unfortunately never finished, unlike the Ridderzaal in The Hague. Reinoud was captured at the Battle of Cologne in 1288 and was held to ransom, which cost so much money that he was ruined.  Then in 1293 his wife Margaret of Dampierre, donated the "Scroll Hall" and unfinished "Knight's Hall" to the monks. The monks then converted the unfinished Ridderzaal into a monastery church, which we now know as the Broederenkerk.

In the Broederenklooster, the “Rolzaal” of Reinoud can still be seen (in part) 750 years later as the back wall of the bar in the Grand Cafe. In fact, this is still the old thirteenth century count's court building. The outer walls are early thirteenth century and are the oldest part of the monastery. The original plan for the hotel was to restore the entire hall and turn it into a Grand-Cafe-Restaurant. However, during the construction work it turned out that the fourteenth century pointed arches of the Chapter Hall, built by the monks, were still in the wall. We have decided to leave the intermediate wall and to restore the Chapter Hall and keep it visible.

Restoration does not mean that everything has to be returned to its oldest state, later centuries have also left important traces. In 1485, for example, the "new" Refectorium, the "new" dining hall for the monks, was added on the Rozengracht. And on the floor above, the Scriptorium or the Librije, where the monks read and (re) wrote their books for centuries.

De Lange decided to reduce the number of hotel rooms from the planned twenty-two to fifteen. "We wanted to keep and integrate everything we discovered in terms of beauty and value as much as possible. That may not be the most businesslike thing, but history was leading. This is a particularly important place in the history of Zutphen. We are not doing this to get rich but to feel enriched.

The Refter, the old dining room of the monks, has returned to its original function. "Centuries ago the monks used to eat here. The same applies to the old dormitorium on the first floor, the dormitory (sleeping area) of the monks, where hotel guests now sleep again.

The large hall upstairs, the old Librije, still has an old barrel vault and the original stone floor and offers a multifunctional space for receptions, performances and parties.

And last but not least, the authentic medieval wine cellars, wine-food tastings complete your stay in our Monastery of the Brothers! It must have been a delight through the ages (except for a brief period during the Eighty Years' War, when it served as a city prison!)